Vastly superior to most alcohol free alternatives and no additives.
Readily identifiable as a Pinkus beer by its keen (almost citrus) underlying acidity which gives refreshing bite – a bite somewhat muzzled here by good fruity/hoppy characters. 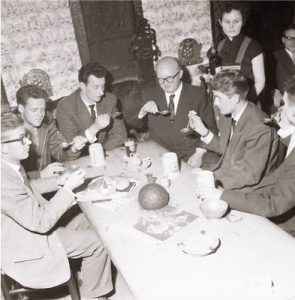 Readily identifiable as a Pinkus beer by its keen (almost citrus) underlying acidity which gives refreshing bite – a bite somewhat muzzled here by good fruity/hoppy characters. Vastly superior to most alcohol free alternatives and no additives.