The result is a smoother, sweeter cider that will remind you of summer even in the dark of winter.

“Our apples are the best in the world. Real ciders, made without imported concentrate, are experiencing a revival. Try Dunkerton’s appetising Premium Organic.” Patrick Matthews, THE OBSERVER.

“It has a quite stunning aroma that carries through on to the palate and finish. On the whole being nicely balanced between dryness and sweetness.” THE GUARDIAN. 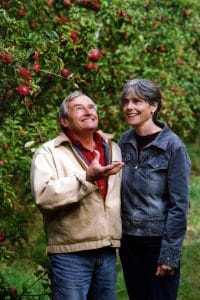